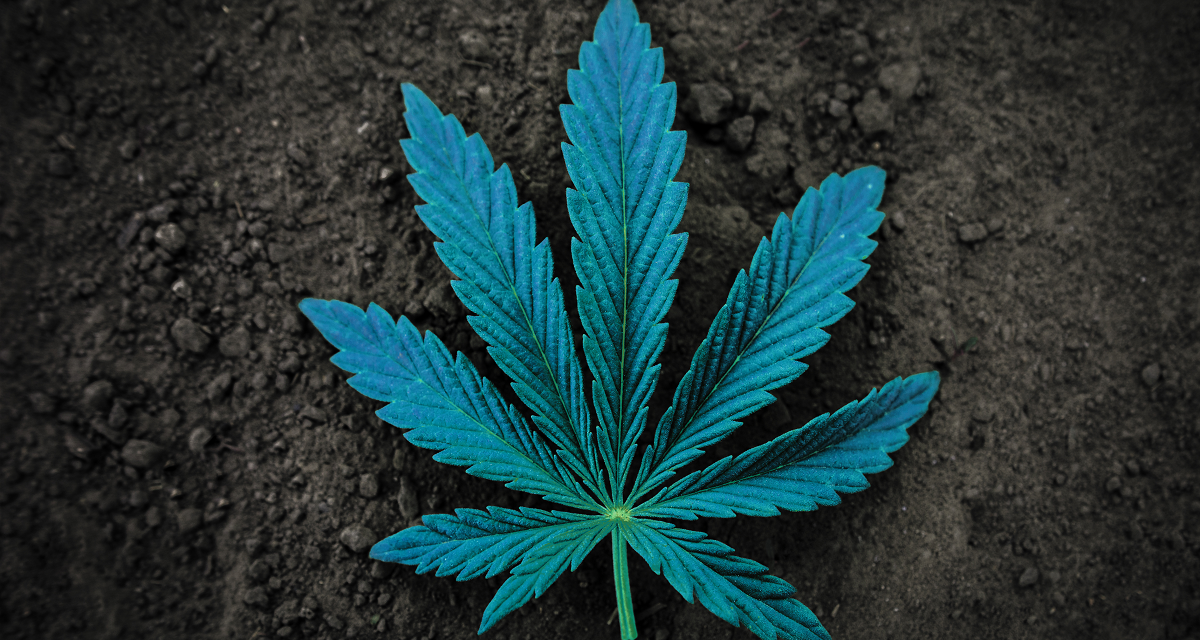 Missouri is the 32nd state to legalize marijuana, often referred to as cannabis, for medical use. Proponents of medical marijuana say, among many things, the drug could provide less dependence on opioids to manage pain. This article looks at both drugs and weighs the pros and cons.

Marijuana, or weed, is the slang term for portions of the cannabis plant – one of the oldest psychoactive substances that dates back many centuries.

There are numerous compounds in marijuana, and scientists attribute one specific compound to the drug’s psychoactive effects: tetrahydrocannabinol (THC). This compound binds to regions in the brain responsible for pleasure, time perception, and pain, according to the National Institute on Drug Abuse (NIDA). This triggers chemicals that stimulate dopamine production, a brain chemical often referred to as the “feel-good chemical.” This effect makes recreational marijuana use highly popular and favored.

Perhaps that’s why it’s no surprise the amount of THC in marijuana has grown over the past few decades, according to NIDA. In the early ‘90s, the average THC content in marijuana was about 3.74 percent. By 2013, THC content jumped to almost 10 percent, the NIDA reports.

Like any other drug, marijuana has its pitfalls. Short-term use impairs thinking and coordination. In long-term studies on teens, those who smoke marijuana have lower IQs, as well as structural differences in their brains. Some experts argue this outcome may be due to habitual pot smokers seeking out less intellectually stimulating pursuits.

A 2016 study by the University of Montreal offers a more serious look at the outcomes attributed to long-term marijuana use. The study, published in the Development and Psychopathology Journal, found that teens who start smoking marijuana at age 14 do worse on cognitive tests by age 20 than those who don’t smoke. Smokers also experience a higher dropout rate. Those who start smoking around 17 reportedly don’t experience the same cognitive issues.

It’s also important to note that NIDA links marijuana use to schizophrenia. The drug is also attributed to bronchitis, stroke and heart failure, and other ailments, according to the New England Journal of Medicine. However, medical professionals across the country are looking to marijuana as an alternative to pain management, as opioid use, addiction, and overdoses skyrocket.

From opioids to medical marijuana

When the late ‘90s hit, doctors, on the strength of false assurances by pharmaceutical companies, began prescribing opioids for pain management. They were told and believed the drug would not cause addiction, according to NIDA. By 2016, opioid-related drug overdoses killed approximately 116 people daily, with 42,249 dying from the drug annually and another 11 million misusing the drug, as reported by the U.S. Department of Health and Human Services.

This highly addictive drug causes euphoria. Those addicted will resort to more accessible, less expensive and illegal opioids like heroin, when they lose access to prescription opioids. This is not only a public health issue, it is a national crisis.

Increasingly, medical experts are turning to medicinal forms of marijuana to manage certain types of pain. They contend medical marijuana carries a much lower addiction risk than opioids. Here’s how it works: When a person uses cannabis, compounds in the drug bind to the human body’s own cannabinoid receptors. The receptors are a part of the body’s pain-mitigating network that produces the body’s own opiates, according to Dr. Donald Abrams, a professor of medicine at the University of California, San Francisco.

“We have this whole system of receptors and internal cannabinoids that are probably present to help us modulate the sensation of pain,” he said. “That makes it sort of obvious that other cannabinoids – those that come from plants – could also have some benefit for pain.”

To be clear, THC in marijuana is primarily responsible for the drug’s psychoactive effects. On the other hand, cannabidiol or CBD is another active cannabinoid that does not cause feelings of intoxication. Several industry studies back this up. In a June 2017 study in the journal Cannabis and Cannabinoid Research, patients surveyed who used both opioids and cannabis for pain management reported a higher satisfaction rate with cannabis than with opioids, as reported in the study by Amanda Reiman, a medical marijuana researcher and community relations representative for the cannabis brand Flow Kana.

In that study, as well as others conducted by Reiman, patients typically reported the same three reasons why they opted for cannabis over prescription drugs for pain management. One, there was a smaller chance of experiencing withdrawals with cannabis; two, fewer negative side effects; and last, cannabis was more effective than their other medications.

Cannabis has its risks and other problems

Cannabis contains THC, which may cause increased anxiety or worsening psychotic disorders or mood disorders, as noted in several research studies. In elderly people, THC may cause disorientation, which increases the risk of falls, according to Abrams. Additionally, cannabinoids may not be the best alternative for pain management for people with cardiac disease, as the compound can affect blood pressure and accelerate heart rate.

There is another problem faced by people who use cannabis: persistent social stigma. Reiman reported that people have a real problem making the paradigm shift to cannabis use out of fear of being negatively labeled. In that June 2017 study referred to earlier, she stated, “Though we were surveying medical cannabis patients in the state of California – where there is an active program – a great deal of our respondents said that they would be more likely to use cannabis as a substitute if it were less stigmatized and more readily available.”

​In a 2015 study published in the Journal of Psychoactive Drugs, researchers wrote, “Stigma emerged as a primary and recurring issue as it related to both the process of becoming a medical marijuana user and remaining one.” Study participants also reported that their decisions about using medical marijuana were negatively impacted by common stereotypes of all marijuana users as “stoners.” According to the study, this influenced whom they told about their medical marijuana use.

Because marijuana is deemed a Schedule 1 controlled substance by the federal government, many physicians are opposed to the idea. Some say that although cannabis plants have legitimate medical uses, Missouri’s medical marijuana program could provide access to products that aren’t sold in standard dosages or purities. Simply put, patients may not know what they are getting. This proves difficult for doctors to determine risks versus benefits. Doctors employed by large health systems may also be more reluctant to participate, as the stigma associated with incorporating the drug into medical use is still widely negative in Missouri.

Provider shortages in rural areas, like West Central Missouri and Eastern Jackson County, will also make it difficult for patients to find doctors willing to offer certifications for use. Federally qualified health centers (FQHCs), which are funded by the government, inherently will not be able to certify patients due to medical marijuana’s Schedule 1 status.

For this reason, the first step for Missourians is to find a doctor willing to recommend them for medical marijuana. Medical professionals who are proponents of medical marijuana suggest that patients start identifying doctors who will offer medical marijuana as a treatment option. Patients must prove positive for at least one of the following qualifying conditions including cancer, epilepsy, PTSD, chronic pain, HIV, prescription medication addiction, terminal illness, or any other medical condition determined to be debilitating or chronic.

Across Missouri, residents have embraced the arrival of the medical marijuana industry amid national controversy. Especially in rural areas that have been hit hard by steep declines in manufacturing, medical marijuana represents a much-needed opportunity for powerful growth. The Missouri Medical Cannabis Trade Association predicted that the new industry could bring 4,000 jobs and half a million dollars yearly to Missouri, and as the state approves cultivation facilities and dispensaries, local towns have been enthusiastic about welcoming the business they could bring.

Carrollton has seen the arrival of Carroll County Cannabis Co. (C4), whose founder, Ty Klein, is a Carrollton native who decided to bring the business back home with him. Though the business is brand-new, the intensive processes involved in getting it on its feet — everything from ensuring a reliable power supply to caring for the supply of plants by hand — has already brought business to Carrollton. If C4’s success unfolds as planned, it could become one of Carrollton’s largest employers.

On April 19, 2022, Legal Missouri 2022 announced that their legalization campaign for adult-use marijuana has received major support from Missourians, garnering more than 200,000 signatures required to qualify for the ballot. Campaign workers will continue to work with voters to continue collecting signatures and support to ensure the proposal exceeds the required threshold prior to the May 8 signature submission deadline. 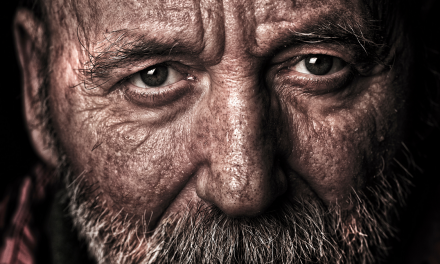 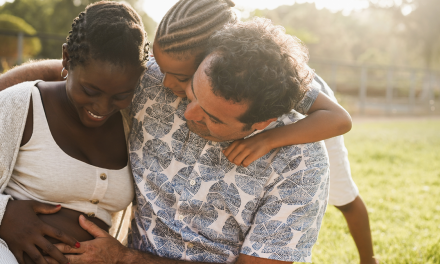 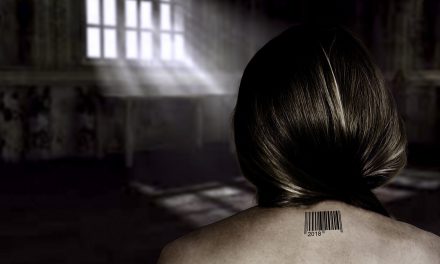 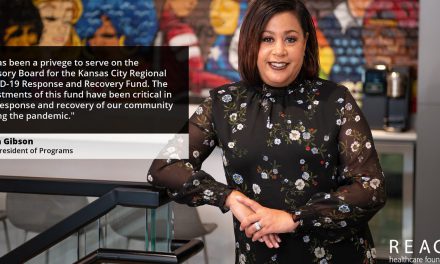