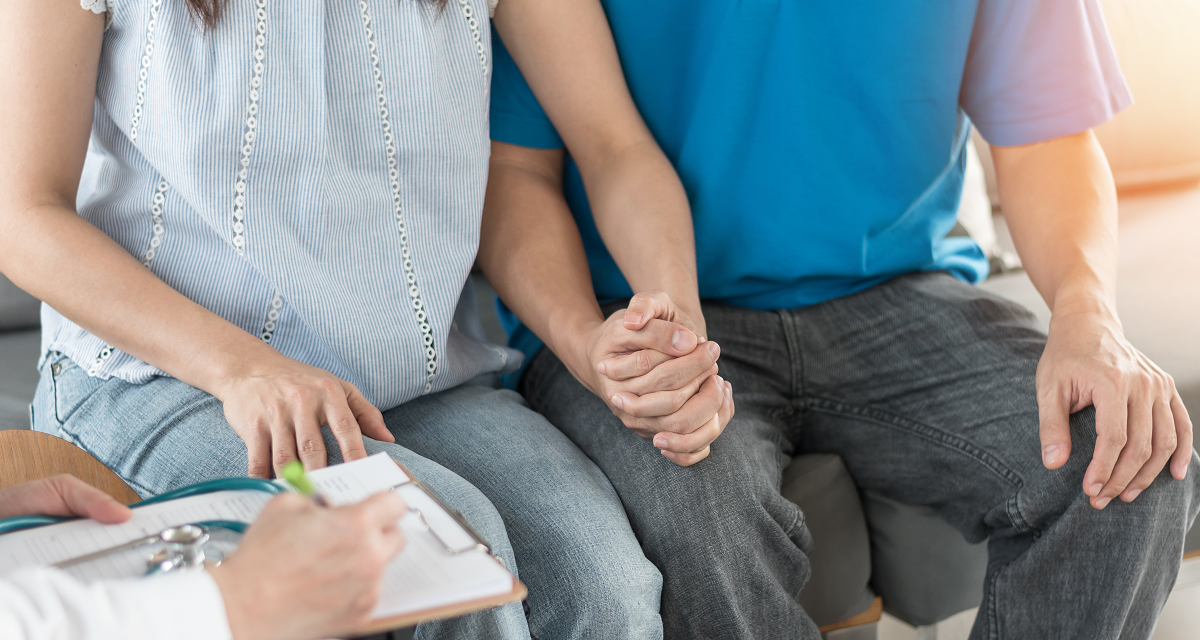 Every day, more than one million sexually transmitted infections (STIs) are acquired globally. Majority of these are asymptomatic, meaning there are no symptoms and people may not be aware they have an STI. In the U.S. alone, nearly 20 million people get STIs annually, with half of all infections occurring among young people ages 15-24.

STIs have a direct impact on sexual and reproductive health and are on the rise due to a lack of public awareness and stigma-free support. Though infections such as syphilis and HIV have historically been more common among gay and bisexual men, the number of new diagnoses is now higher among heterosexual people. The emphasis on treating these infections among gay and bisexual groups led to a neglectful approach to educating the whole public, leaving many misinformed and assuming they are at low or no risk.

Sex education also heavily focuses on abstinence as a means of STI prevention – an approach that often proves useless as adolescents are engaging in sexual activity and drug experimentation long before they learn the risks and potentially lifelong complications. Offering more honest and realistic prevention tactics while simultaneously destigmatizing sex and sexual health can help control the spread of STIs and prevent them from becoming sexually transmitted diseases (STDs).

Though STI and STD are sometimes used interchangeably, there is a distinct difference: an STI is an infection caused by a bacteria, virus, or parasite, and is only considered a disease when it causes symptoms. As many STIs are asymptomatic, they are not yet STDs. Infections are more so the first step on the road to disease, and most can be treated before becoming a disease.

Understanding the difference and using STI and STD appropriately also helps weaken the stigma against STIs. “Disease” suggests a medical problem with obvious symptoms and carries a negative connotation. Because STIs are especially common in adolescents and young adults, accurately teaching and describing them as infections can help make it more comfortable for people to discuss with their partners and health care providers.

Though there are more than 20 types of STDs, there are eight main STIs. Four STIs are currently curable with medication: syphilis, gonorrhea, chlamydia and trichomoniasis. The other four STIs are viral infections and are incurable, including hepatitis B, herpes simplex virus (herpes), HIV and human papillomavirus (HPV).

While some STIs may not be curable, such as herpes and HIV, medicine can be prescribed to treat and manage symptoms. Curable STIs are treated with medication but can be dangerous and become STDs if untreated or not treated properly. Untreated STIs and STDs can make it impossible for people to get pregnant and can also increase the risk of getting HIV. If left untreated, HIV and other STDs can be fatal.

STIs are primarily spread through sexual contact but can also be spread using intravenous drugs. Symptoms vary between STIs and can affect different parts of the body depending on the type of sexual activity and contact.

Symptoms of STIs to look for include:

However, some STIs will appear with mild symptoms or no symptoms at all. For example, when women experience symptoms such as vaginal discharge and discomfort urinating, it can easily be mistaken for a urinary tract infection or yeast infection. Because it can be difficult to tell if someone has an STI, regular testing and safe sex practices are crucial to prevent spreading them to a partner.

STIs can also be transmitted from mother to child through pregnancy, childbirth and breastfeeding. Mother-to-child transmission of STIs can result in stillbirth, neonatal death, low birth weight and prematurity, sepsis, pneumonia, neonatal conjunctivitis and congenital deformities. According to the World Health Organization (WHO), almost one million pregnant women were estimated to be infected with syphilis in 2016, resulting in over 350,000 adverse birth outcomes including 200,000 stillbirths and newborn deaths.

Beyond the immediate impact and discomfort of STIs, there can be serious and fatal consequences if left untreated. Simply having herpes, gonorrhea or syphilis and leaving it untreated puts anyone at higher risk of acquiring HIV. Hepatitis B can lead to serious health complications including liver cancer. Some untreated STIs can lead to infection in other parts of the body, organ damage and death.

In women specifically, syphilis can cause adverse birth outcomes while gonorrhea and chlamydia can cause pelvic inflammatory disease and infertility. Untreated STIs can create problems getting pregnant, complications during pregnancy and health concerns for the unborn baby.

Infections like HPV may clear up on their own without causing any health problems. However, if it doesn’t clear up naturally, HPV can cause genital warts or cervical cancer, making it a disease – and a deadly one at that. Because infections can quickly become more serious problems, regular testing and safe sex practices are crucial.

The Centers for Disease Control and Prevention (CDC) recommend a yearly screening for all sexually active adults. However, it is best to get tested more frequently if you:

Testing varies depending on the type of STI. Determining which tests are needed and how often you should be tested depends on you and your partner’s sexual history and drug use. Providers often begin with an STI screening to identify relevant behaviors and symptoms in an attempt to narrow down possible infections. However, as STIs may be asymptomatic, it’s important to get tested even if symptoms aren’t present.

Examples of STI tests include:

While it’s important to get tested, STIs have an incubation period and can’t be detected immediately. Getting tested too soon after potential exposure may not offer correct results. Incubation periods vary from a few days for chlamydia and gonorrhea to months or years for HPV and syphilis. If you believe you have been exposed to an STI or STD, it’s important to talk to a health care provider as soon as possible for recommendations on treatment and next steps.

Curable STIs, such as chlamydia, gonorrhea, syphilis and trichomoniasis, can be treated easily with antibiotic medication. To ensure full treatment, continue taking medication as prescribed until it has run out – even if you feel better or symptoms have disappeared.

It can be embarrassing to share intimate details with a provider but being honest and open is the only way to receive help and efficiently care for your sexual health and well-being. Being proactive in caring for yourself will help avoid complications that can be painful, lifelong and can affect your partner(s). Find out what screening tests you may need and talk to a provider about which tests make sense for you.

Most health insurance plans cover the cost of STI screenings and counseling at no cost. Check with your insurance provider, especially if it is Medicare or Medicaid, to see which STI tests are covered and how often. If you do not have insurance, find free or reduced cost STI testing and treatment.

Although treatments and medications are available for most STIs, drug resistance has become an increasing problem and underscores the need for better prevention approaches. While abstinence from any sexual contact is the only guaranteed way to prevent STIs, it is also unrealistic. There is no shame in having sex or seeking sexual pleasure, but it is important that precautions are taken to ensure the health and safety of those involved.

Lower your risk of getting and transmitting STIs by taking the following steps:

These steps work best when used together, as no single step can protect you from every type of STI. The most important step is to know your STI status. Knowing your status can help you best protect yourself and your partners.

There are a number of locations nationwide that offer teen-friendly, confidential and free STI and STD tests – no one has to know you’ve been tested until you’ve gotten help and are prepared to discuss with people you trust. Visit GetTested to find a testing location near you. 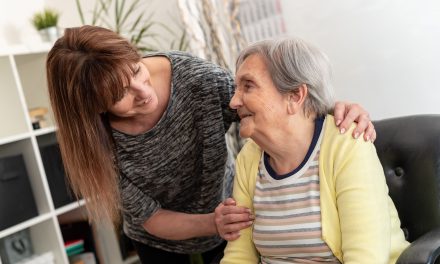 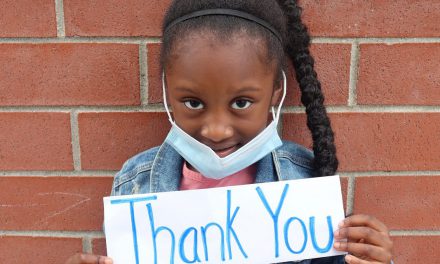 SOCIAL WORKERS PLAY A CRUCIAL ROLE IN THE COMMUNITY 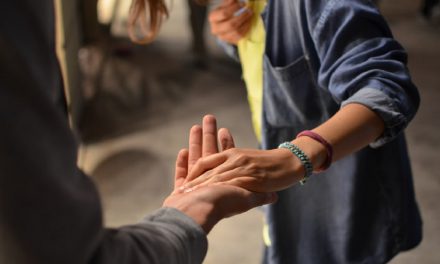 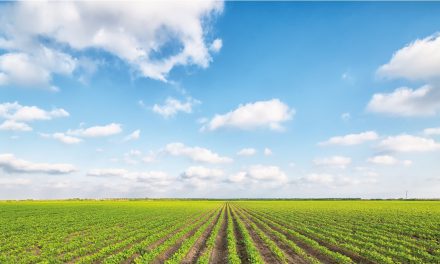