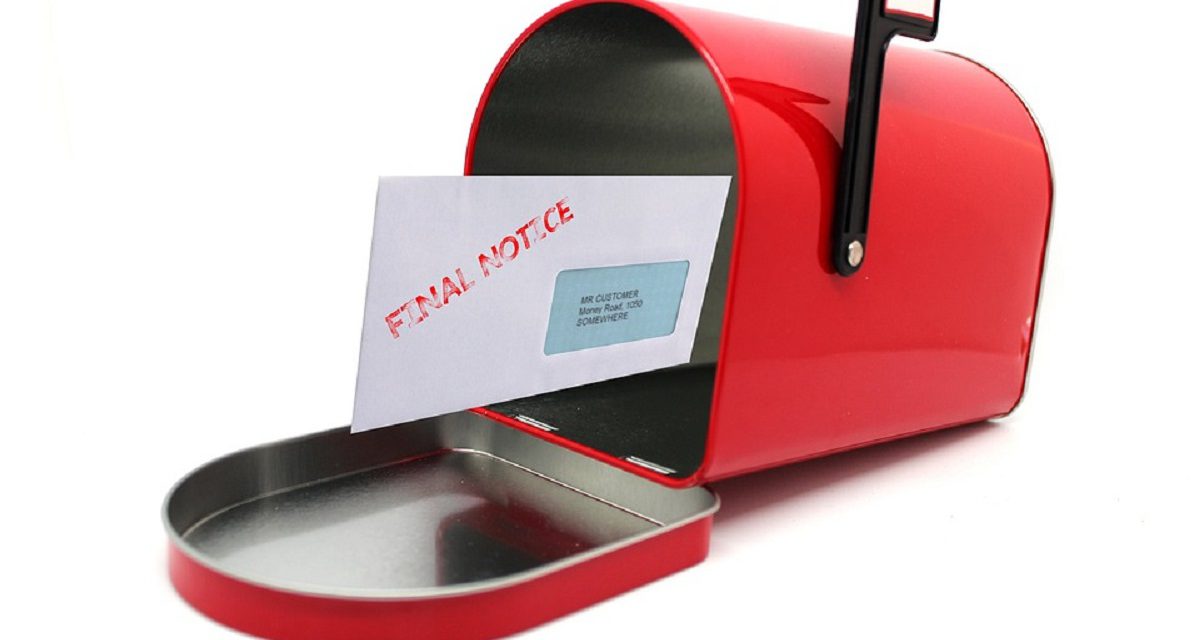 COVID-19’s effect on the economy and the housing market, both of which were already on the verge of crisis, is projected to cause harrowing long-term struggles for Americans. The pandemic has created the perfect opportunity for an “avalanche” of evictions to perpetuate cycles of future homelessness and financial insecurity. Researchers observing the effect of COVID-19 on American evictions warn, “The United States may be facing the most severe housing crisis in its history.”

Earlier this year, businesses across the country shut their doors to meet limited capacity requirements and promote social distancing efforts to slow the spread of the virus. Amid controversy on how the pandemic response should be handled, some states have lifted or eased restrictions, allowing businesses to reopen under some or no safety precautions as some case counts continue to rise. Despite these reopenings, some temporary layoffs or decreases in hours from early in the pandemic have led to permanent job loss.

Unemployment currently affects people of color at a much higher rate than their white counterparts, specifically Black and Latinx Americans, according to a recent report. Black and Latinx unemployment reached 16.7% and 18.9% respectively and initial findings in April show 44% of Black Americans and 61% of Hispanic Americans reporting job or wage loss in their household due to the Coronavirus outbreak, compared to 38% of white Americans. These disparities further break down among people with disabilities, who experience higher rates of unemployment; LGBTQ people, who experience higher rates of homelessness; and undocumented immigrants, who do not qualify for unemployment or the stimulus relief checks.

The U.S. Government offered temporary relief in the form of a $1,200 stimulus check (although not everybody qualified for one) and increased unemployment benefits including an additional $600 per week to help the overwhelming wave of those filing claims. However, more than 44 million Americans filed for unemployment by mid-June and claim rates continue to rise weekly even through September, according to a recent report by the Department of Labor. For scale, unemployment rates fluctuated between 11.1% and 14.4% between March and July, compared to a peak of 10.7% during the Great Recession.

While the economic and unemployment crises may be relatively new due to COVID-19, they clash with a housing crisis more than a decade in the making which also disproportionately affects marginalized groups. Many renters entered the pandemic “already facing housing instability and vulnerable to eviction,” considering the U.S. has lost more than four million affordable housing units over the last decade and is experiencing a shortage of seven million affordable apartments available to lowest-income renters. A Pulse survey in May found that about one quarter of Black and Latinx respondents did not pay or deferred rent in May, compared to 14% of white respondents. June’s results showed about a quarter of white respondents showing “slight or no confidence” in their ability to pay June rent, while nearly half of Black and Latinx renters responded similarly.

In mid-March, during the first wave of the pandemic, 43 states and the District of Columbia issued eviction moratoriums, temporarily blocking eviction filings and enforcement. The Coronavirus Aid, Relief, and Economic Security (CARES) Act also placed eviction and foreclosure moratoriums on federally financed properties. However, COVID-19 has continued to devastate the U.S. while more than half of the state moratoriums have expired along with the federal CARES Act moratoriums. All but nine of the remaining state moratoriums are set to expire by Oct. 31, 2020.

With the one-time stimulus gone and the weekly $600 expired in July, experts predict an upcoming wave of evictions and have warned the government since the pandemic’s peak. In April, NMHC and the National Apartment Association informed Congress that nearly 11 million U.S. households — 25 million people — may need help paying rent because of COVID-19 hardships. A study by the Aspen Institute Financial Security Program and the COVID-19 Eviction Defense Project further projected that 19 to 23 million renters in the U.S. are at risk of eviction through the end of 2020.

Black, Latinx, and low-income renters are especially at risk of eviction as they face disproportionate housing cost burdens, housing instability, and racial discrimination even prior to the effects of the pandemic. Last year, more Black and Latinx renters had difficulty paying rent than white households. Foreclosures and steep housing price declines in Black and Latinx neighborhoods during the Great Recession also caused gaps in home ownership between Black and white families that are still apparent today as many families haven’t recovered. Research shows Black and Latinx people make up about 80% of people facing eviction and one study found Black households more than twice as likely as white households to be evicted.

This is in part due to occupational segregation causing Black and Latinx people to be overrepresented in low-wage jobs that cannot be done from home, leading to them being hit hardest by the stay-at-home orders and more at risk of exposure to the virus. The disparities are also gendered, with Black and Latinx women specifically bearing the highest risk of both COVID-19 and eviction. One horrific example is the story of Maria del Carmen, a housekeeper in Philadelphia who happily returned to work in August, only to discover her clients had contracted COVID-19 and she was now at risk of catching the virus herself. Her New York Times profile features similar stories of fear from other domestic workers, citing a “Depression-level situation” for housekeepers being asked to clean virus-ridden homes. This lack of care or empathy for Black and Latinx essential workers runs rampant in the labor market and forces them to choose between their income and their health.

Evidence suggests that psychosocial stress and material scarcity following an eviction can cause profound and long-lasting harm to financial security, health, and education for individuals and families. This extends to households experiencing instability, including simply being threatened with eviction or having initial eviction paperwork filed. Adults experiencing evictions have been associated with several interrelated conditions which can ultimately lead to hospitalization, substance use, and suicide. Children whose mothers experience evictions during pregnancy are more likely to be born with low birthweight or preterm than children whose mothers are not evicted. In early childhood, evictions are associated with food insecurity and lead poisoning which can impair children’s physical, mental, and emotional development.

Many landlords or rental companies will not rent to tenants with a past eviction record or debt to a previous landlord, so displaced families struggle to find adequate housing. Some families sacrifice housing standards or proximity to school and work, increasing finances required for repairs or daily commutes. Eviction court costs, moving expenses, medical bills, and more increased emergency expenses due to displacement can also empty a household’s savings, especially if they are experiencing job or wage loss such as many are during the pandemic.

These rental restrictions paired with the physical, emotional, and financial toll of evictions keep people from accessing affordable housing, perpetuating a cycle of homelessness. There are public costs, too – people experiencing displacement due to eviction are more likely to need emergency shelter, rehousing, medical services, child welfare services, and are more likely to experience the criminal legal system.

While income plays a crucial role, evictions are also heavily influenced by geography and racial discrimination due to varying tenants’ rights and eviction laws. The U.S. cities with the highest eviction rates are overwhelmingly made up of communities of color – six are located in Virginia and five in North Carolina. Black and Latinx people are the most likely to experience eviction, especially among mothers and their children, people who are disabled, people who were formerly incarcerated, people who are undocumented, and those who are LGBTQ.

Because of these disparities, solutions to alleviate the oncoming wave of evictions must be race-conscious as well as prioritize the needs of lower-income renters who faced housing instability prior to the crisis and are at greatest risk. Eviction prevention is critical and short-term steps must at the very least include extending moratoriums. The Health and Economic Recovery Omnibus Emergency Solutions (HEROES) Act, if it passes, includes a year moratorium on non-payment evictions and a required 30-day notice of eviction to tenants once the moratorium expires. The Act, updated Sept. 28, would also include extended unemployment benefits, another round of stimulus checks, and increased testing and treatment resources for COVID-19. It also claims it will help families afford safe housing with “tens of billions in new supports to assist renters and homeowners make monthly rent, mortgage and utility payments and other housing-related costs – preventing homelessness.”

Currently, federal housing assistance helps fewer than one in four eligible households. While immediate financial support is necessary, any sustainable solutions to prevent homelessness also require addressing the root causes of eviction. Long-term measures to ensure equal access to affordable housing include laws preventing landlord discrimination against renters using vouchers along with increased federal funding assistance. Governments are also encouraged to reform local zoning regulations and increased investments in affordable and public housing as well as equitable development. All policy changes and reforms must be implemented in ways that are actively anti-racist and prioritize undoing the disproportionate damage done to people of color and low-income households.

To ensure the longevity of these changes and to help break the cycle of homelessness, health care systems must also play a critical role in these reforms. Health care providers should advocate for health-promoting policies at the local and federal levels, including eviction moratoriums and alternative payment models. Most importantly, the health care sector is critical to recognizing and addressing evictions as a public health crisis and advocating that the government treat them as such.

Tens of millions of American households face an upcoming potential housing crisis if the government does not provide substantial, immediate financial relief. Long-term sustainable progress must work to dismantle racism in the labor and housing markets as well as highlight the harmful health effects of eviction and homelessness. If prevention and support measures are not taken seriously and quickly, the outcomes could be devastating as evictions cause long-term, cyclical harm for not only the individuals experiencing it but also the communities around them. 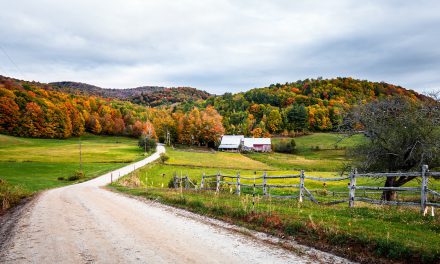 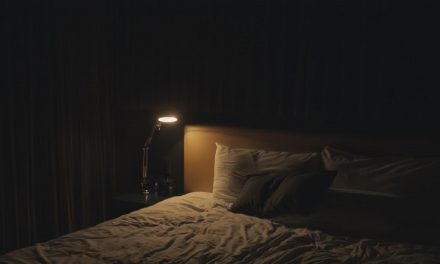 Bed Bugs vs. Head Lice and What to Do? 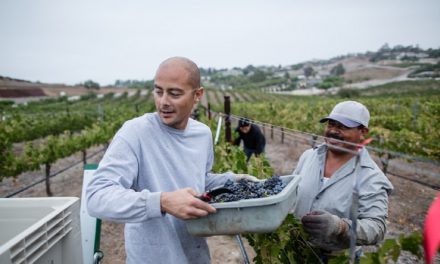